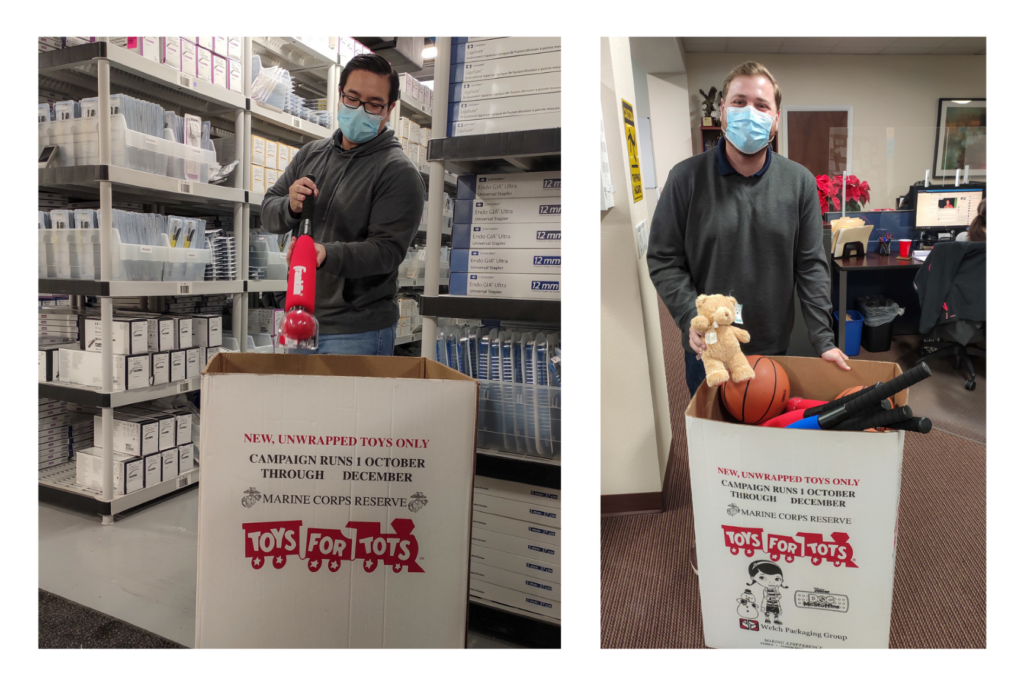 December, as expected, is one of the busiest months for WestCMR’s philanthropic initiatives. Our team is currently collecting toys for the Marine Toys for Tots program. WestCMR has participated in this program for over five years. Chances are that you have been invited to do the same, perhaps through your work or by a friend. Do you know where Toys for Tots comes from?

Founded in 1947, Toys for Tots is often referred to as the brainchild of Marine Corps Reserve Major Bill Hendricks. The truth is that his wife Diane was the real inspiration; she asked her husband to deliver a few handcrafted dolls to an agency for children in need. Unfortunately, Bill couldn’t find one, so Diane simply said, “start one!” That year, Major Hendricks and the Marines in his reserve unit collected and distributed 5,000 toys. The Toys for Tots program was born, and at the Commandant’s order, was implemented into a national community action program for all Marine Reserve sites the following year.

Through his civilian job as the Director of Public Relations at Warner Brothers Studios, Major Hendricks expanded the program by asking for support from his celebrity friends. The legendary Walt Disney, who was a friend of Major Hendricks, designed the first ever Toys for Tots poster. His design featured a miniature three-car train, which later became the logo of the program.

To help run and support the program, the Marine Toys for Tots Foundation was established in 1991 as a 501(c)(3) not-for-profit charity. On average, they distribute 18 million toys to 7 million underprivileged children each year.

At WestCMR, we are proud to contribute to this worthy cause. We know that our staff’s donations will make their way to a child’s home, and we hope the toys will warm their hearts and bring them joy this Christmas.